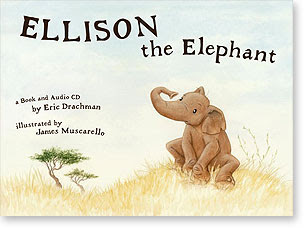 Sending the message to our children of how extraordinary they are is extremely important and the folks over at Kidwick Books have just such a message in mind. Ellison the Elephant is the story of a young elephant who cannot make a normal trumpet blast like the other elephants in his herd. With the help of his mother and his imaginary friend, Weasel, Ellison finds his own unique trumpet blast. Emmy enjoys this story immensely especially with her Mommy making all kinds of trumpet sounds. The best thing about this book is that it comes with an audio CD with wonderful narration and jazzy music. Listening to stories in the car is one of our favorite things to do and this CD is fabulous! For a demo click here!
Posted by Amy Pertl-Clark at 6:18 PM No comments: 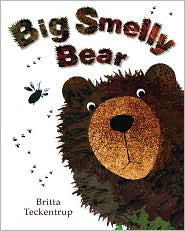 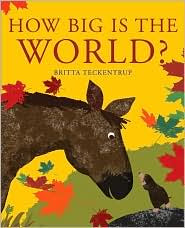 Oh, the many things we find under the seats in the car! Usually it's coins that Emmy enjoys adding to her coin collection, but the other day it was a forgotten book. I am so fussy when it comes to books that I could not believe that I had allowed this one, Dear Zoo, to be lost

for so long! Emmy was delighted to discover this book and wanted it to be read to her right away. Thankfully I was in a "slow parenting" state of mind and happily obliged (even though the clock was ticking!).

This experience reminded me of the importance of reintroducing books to children. We usually rotate the books in Emmy's book boxes bringing back out the ones she enjoyed previously even the ones she enjoyed as a baby. As children continue on the road to literacy, it is important to provide familiar books (ones that you might think are too easy or babyish) for them. These books will provide early reading practice in a very supportive way.

A bit about the book Dear Zoo......it was published in 1982 and over the years has become firmly established as a classic for children under the age of 5. The story is about a child who writes to the zoo for a pet. The zoo sends a series of unsuitable pets revealed behind flaps in the form of crates and packing cases. These animals are all sent back for various reasons, except the last one, which is perfect!

To celebrate the 25th anniversary, Rod Campbell has refreshed the original artwork to give Dear Zoo an updated and fresh look, ready to delight a new generation of young readers!
Posted by Amy Pertl-Clark at 7:31 AM No comments: