Fairy Tales With a Modern Twist 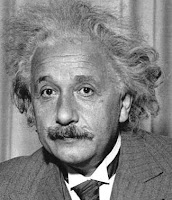 "If you want your children to be intelligent, read them fairy tales.
If you want them to be more intelligent, read them more fairy tales."
I definitely agree and have shared many fairy tales with Emmy as well as with the students that I once taught. I have quite a collection of fairy and folk tales written by amazing authors each putting his or her own twist on the classic tales. I will be sure to share these books in many upcoming posts, but for now Emmy has three favorites that she would like me to share with you. All three are written by Lynn Roberts with illustrations by her brother David Roberts. If you are a fan of revamped fairy tales with a modern twist and a bit of nostalgia thrown in, then these books are for you!

We'll begin with Rapunzel: A Groovy Fairy Tale since Emmy is fascinated with long hair and would like her hair "to grow so long that it trails behind her for 1oo miles."
With bell-bottomed trousers, frilly cuffs, gaudy ties and platform shoes worn by Rapunzel and the "prince" character, Roger, the 1970's are in full swing in this adaptation of the classic tale. Rapunzel's tower is a deserted high rise apartment in the middle of a big city and keeping Rapunzel locked away is her Aunt Esme. Emmy thinks Aunt Esme is just silly and mean because she doesn't let Rapunzel leave the apartment, uses Rapunzel's braid, thrown over the balcony, to enter and exit the apartment and rides to work on a motorcycle. We both like Roger who is the lead singer in the high school band and notices Esme, who is the mean lunch lady at school, climbing down the long red braid. Of course, he climbs up and Rapunzel and Roger immediately become friends. I like the ending of this retelling. Rapunzel is not a damsel in distress, but rather a girl who is able to find her way in the big city and make it on her own.

Next is Cinderella: An Art Deco Love Story Set during the Jazz Age of the 1920's and 30's, this version of Cinderella is full of flapper fashions and art deco style. Emmy loves the updated carriage - a silver roadster! I love the stepsisters dancing the Charleston at the Royal Ball which Greta, aka Cinderella, found out about on the radio. After reading this book, we cranked up the phonograph (OK - iTunes) and practiced the Charleston with much enthusiasm! Here's a clip of Ginger Rogers doing her thing in a deleted scene from the movie Roxie Hart (1942).

And finally Little Red: A Fizzingly Good Yarn. With its setting in 18th century America and Little Red being a young boy with a red coat, this retelling is full of fun references to Colonial America. Little Red is the hero of this story, not the huntsman, as he saves his grandmother from the wolf with a fizzy jug of ginger ale. The gigantic belch that erupts from the wolf after drinking the ginger ale is Emmy's favorite part. It sends grandma hurling through the air like a cannonball! A deal is made with the wolf, who has acquired quite a taste for the fizzy drink, that he will leave grandma and the rest of the family alone if Little Red keeps a steady supply of ginger ale coming his way. Emmy has never had soda, but after this story, we had to give ginger ale a try. Her nose wrinkled up at the taste and she tried very hard to burp, but that didn't happen. Instead we just giggled and were reminded of Charlie and his grandfather drinking the fizzy lifting drink in the movie Willy Wonka and the Chocolate Factory.
Lynn Roberts gives us such wonderful retellings of these three classic tales, but I must say that David Roberts really fills in the details with his illustrations. Look carefully at the pictures and take a trip down memory lane! Look for the poster of John Travolta on Rapunzel's wall, the hand-cranked wringer used by Greta to launder the stepsisters' silk stockings, and the reference to Ben Franklin on the front page of the newspaper in Little Red.
One more quote to end this post by my favorite film star, Audrey Hepburn, as well as one more book suggestion.

"If I'm honest I have to tell you I still read fairy tales and I like them best of all."

I have always admired Audrey Hepburn and her sense of self. I recently read a picture-book biography of Ms. Hepburn titled Just Being Audrey which shows how her experiences as a young girl in Nazi-occupied Europe shaped her being, making her one of the most giving, inspiring and kind starlets of her time.
Wishing all of you a "happily ever after!"
Posted by Amy Pertl-Clark at 7:28 AM